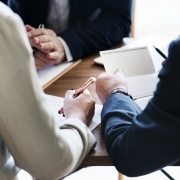 A former board member of investment bank Zeus Capital is today launching a corporate finance boutique alongside a senior executive from Nex Exchange.

Its chief executive Ross Andrews previously spent eight years with Zeus where he was a main board director, advising on deals such as online fashion retailer Boohoo’s initial public offering in 2014.

Its chief executive Ross Andrews previously spent eight years with Zeus where he was a main board director, during which time the broker advised on deals such as online fashion retailer Boohoo’s initial public offering in 2014.

Andrews told City A.M. that he was planning on using the experience and contacts he had built up in his career for the benefit of his new clients.

“I had a 30 year plus career in the financial markets in London, advising companies on IPOs, fundraisings and acquisitions and over that time I have built up an immense contact base and some strong long-term relationships,” he said

Andrews said he was launching the firm in response to a demand for independent corporate finance advice.

“It occurred to me the more I spoke to people – there was a gap in the market for providing independent corporate finance advice to ambitious growing businesses and companies and that is what I want to do,” he said.

“The dynamics in the London market are changing,” Andrews said. “You have a mid-market tier, which clients want to use for big transactions but for the smaller transactions they want independent advisers who can provide them with good, solid advice who know what they are doing with a different cost structure to the mid-market.”

Andrews said the business would work with a network of independent consultants who would be able to provide specialist advice on a deal-by-deal basis.

“Those independent consultants will be able to bring specialist transactional and sector knowledge to the team and they will have the benefit of executing their deals with regulatory support, marketing support and access to other expert consultants,” he said.

Andrews said he was not worried by about a possible impact of Brexit on the market, arguing that London would still be a key business and financial centre whatever the outcome of the current negotiations.

“London will remain a key financial centre wherever we get to. It has over decades been a pool of long term-capital for companies and I don’t see anything changing as a consequence of Brexit,” he said.

Scroll to top
This site uses cookies: Find out more.